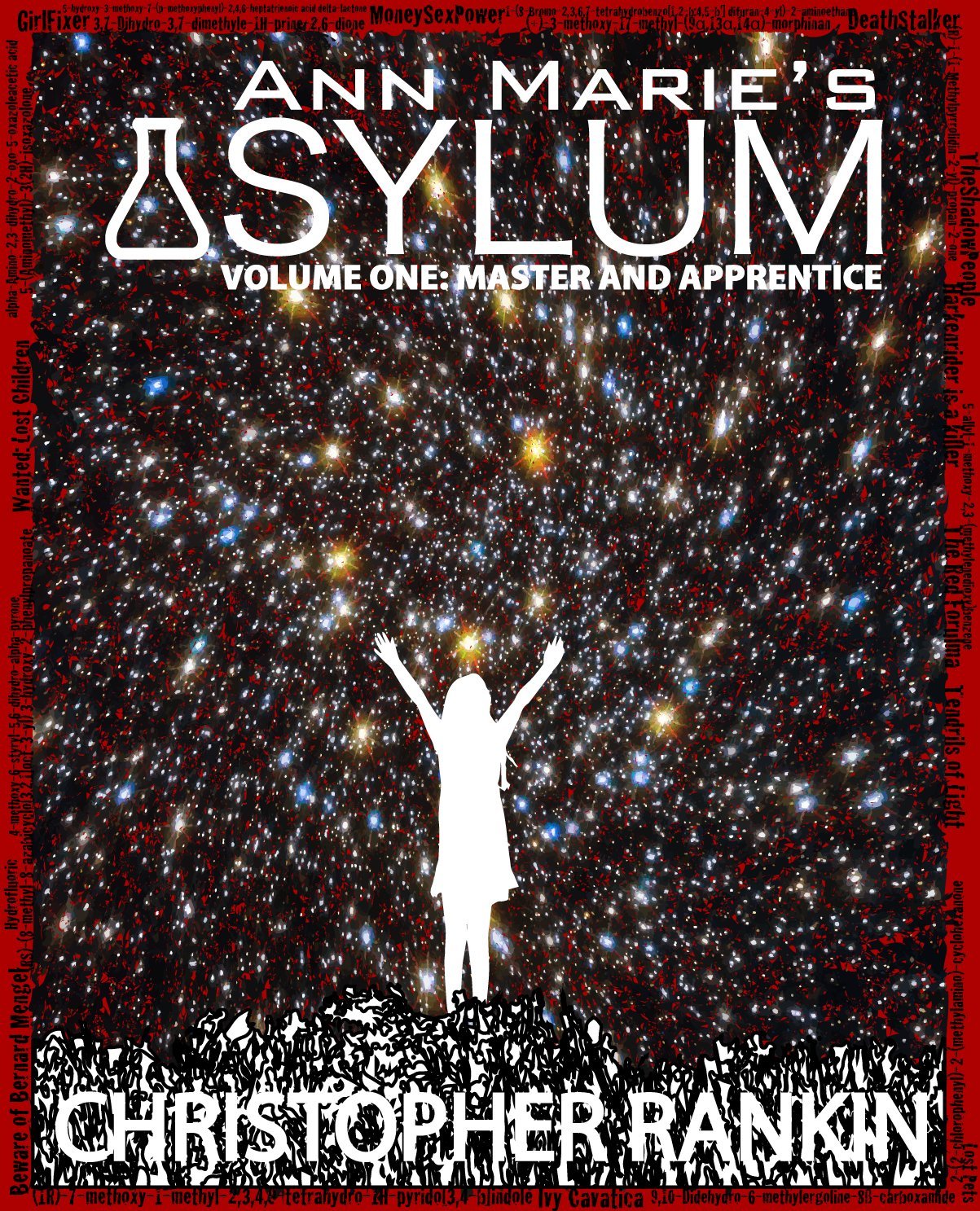 Ann Marie has just earned her Ph.D. in chemistry at age sixteen when she receives a mysterious and lucrative job offer. The new position at the infamous Asylum Corporation takes the young chemist and her alcoholic mother from their working-class Philadelphia neighborhood to coastal California. She grows fascinated with her new boss, famed scientist, Dade Harkenrider, a handsome and reclusive asexual labelled Dr. Death by internet conspiracy theorists and rumored to be involved in witchcraft and murder. A young pioneer in drone warfare and mind-control drugs, Harkenrider conducts secret experiments that defy the boundaries of space and consciousness in an advanced laboratory in the hills perched over Los Angeles. As Ann Marie grows closer to her new mentor, a sinister plot by a secretive coven is unfolding in the city. This monstrous force is stealing pets and children in an effort to breathe life into an ancient and terrifying evil.

About the Author
Christopher Rankin grew up with a love of science, animals and horror movies. Ann Marie’s Asylum is his second novel after Creating Monsters. He studied engineering at Rutgers University and received a Ph.D. from the University of Pennsylvania, researching the nanoscale electrical properties of soft condensed matter. He currently lives in Orange County, California with his wife, Jennifer, and a small pride of cats.