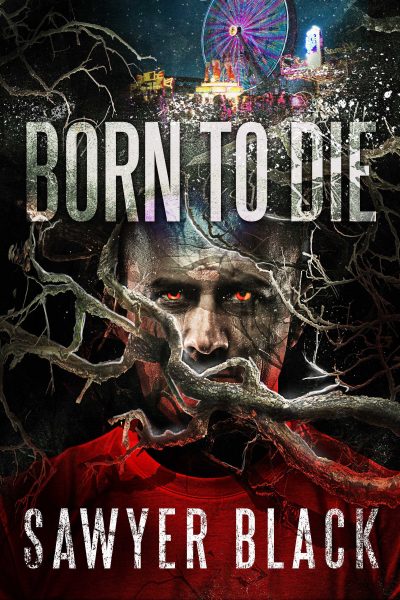 About Featured Book: Born To Die by Sawyer Black

Only his memories can kill him.

Casey Marlowe’s life is a nightmare. Born during a tragic event that killed his mother and shaped the public psyche of his hometown, he grows up with the memories of his dead mother mixed inextricably with his own and the ability to see through The Gossamer.

Despite his best efforts to drown his visions with daily doses of alcohol, every horror his disturbed mind dreams up, manifests physically to haunt his waking days. It’s enough to drive him to end his own life. And he’s tried. Both through suicide and recklessly heroic acts. But every time he dies, he wakes up again and has to go on living in his hell on earth.

Desperate to find a way to defeat his demons, he discovers a deeply buried secret, and finally, a way to fight back. But his use of The Gossamer’s manifestations threatens to tear the fabric of reality apart.

If he saves himself, he might destroy the world.

Warning: Born To Die is a new epic horror novel written by Sawyer Black. It chronicles the adventures of Casey Marlowe through various levels of existence and hell and includes strong language and extremely graphic depictions of violent and torturous acts. Not suitable for all audiences and not for the faint of heart.

This Thriller book is available in these Formats: eBook