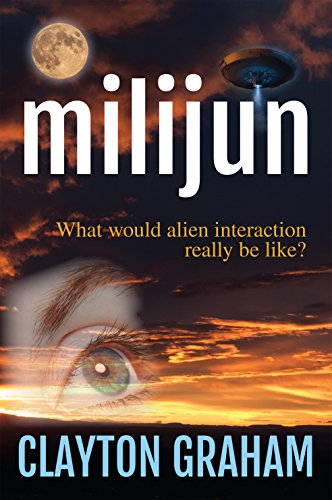 It is Australia in 2179:
On a moonlit Nullarbor night, Laura Sinclair and son, Jason, witness aliens descend to Earth. The extraterrestrials endeavour to form a symbiotic relationship with humankind, and Jason is chosen as a genetic link in a bizarre trial involving the impregnation of human females with hybrid embryos and exploration of spiritual compatibility.

Laura crosses swords with Major General Sebastian Ord from the Australian Defence Force, Eucla and Uriel, the enigmatic head of Milijun, a reclusive research facility in the outback. Following a disastrous armed attempt to capture aliens at Cocklebiddy Cave and a fierce confrontation at Eucla, Jason is abducted by an alien swarm.

What follows tests the resolve of Laura to the core. Caught in a relentless web of frightening new technologies and alien mystery, spurred by the undying love of her son, she gains a strength of character she never thought possible.

All she has to do is save herself, Jason and several women and unborn children from the scheming plans of man and alien alike …