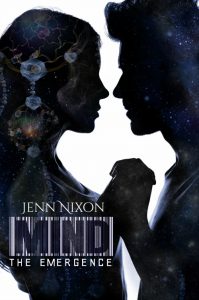 Kimkuta Wolf remembers everything, always has. Her unique ability gives her an edge as a journalist, but the stories she’s covering no longer get the attention they deserve. After reporting on a missing person’s case, she’s attacked by a ‘vampire’ who she claims stole her memories. The doctors think she’s crazy, but Kim knows better. With her best friend’s help, she embarks on a quest to find an ancient artifact once protected by her grandfather’s tribe.

Duncan Ranger has finally settled into his new job as the head of MIND, the Meta-Alien Investigation, and Neutralization Department tasked with monitoring the human psychic and alien population on Earth. When MIND stumbles onto clues that lead them to another mysterious piece of alien technology, Duncan arrives just in time to thwart the second attack on Kim and Lexa, two powerful women who may be more than human.

Together, with the help of the entire MIND team, Kim and Duncan embark on a journey of discovery, connecting their lives and those of their ancestors to an emergence of abilities, which might alter the course of human history forever.

Book Sample and Reviews for MIND: The Emergence Here