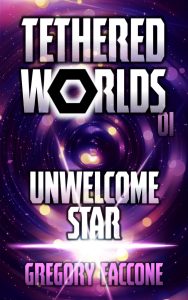 Imagine using a technology so different, that it appears as magic…

“…one of the most fully imagined sci-fi worlds I have ever experienced outside of Frank Herbert’s genre-defining “Dune” series.” –D.A.Cartier

Jordahk thought he was average. He was wrong. He thought his planet too far from the centuries-old stalemate line to see any action. He was wrong about that too.

To save his world from annexation he must retreat with his eccentric grandfather, seeking help from the farthest planets. But what can stop the domination of mankind’s supreme star-spanning government?

There is an ancient technology with the power to break the conventional–but it can also break the user. And only a special few can wield it. But Jordahk suspects his grandfather knows more than he’s telling…