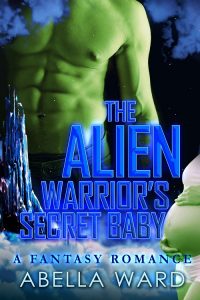 A curvy girl held prisoner on planet X29 PLUS a hot alien who is commander at her camp PLUS a secret human-alien baby!

A generation ago, an alien force named The Gosebs invaded earth and imprisoned the entire human population. Mereen Silver has never known a life different to the one she has. She was born on a Goseb garrison and spent her entire life in their servitude. She has never known hope or happiness, only hard work and despair.

When Mereen is transferred to a different ship, she meets the revolutionary Goseb Commander Detro Mirol. He is not cruel or malicious, he is kind and gentle and, even more, he wants to help the human prisoners under his control.

As time passes Mereen and Detro grow closer and he shares his vision of a peaceful future for humans and Gosebs alike. Mereen is happy to help him in any way she can. But the rest of the Goseb commanders do not agree. They like having power over the humans, using them and discarding them as they will.

Just then, Mereen learns that she’s pregnant with Detro’s child. Will Detro come back for Mereen, and can she survive until he does? Will their love win out, or will the horrors of war crush them both?