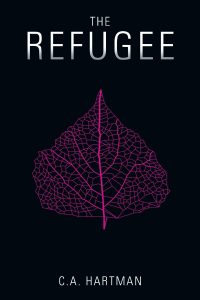 Only 99 cents for a limited time!

She’s an ambitious but bored geneticist. He’s a brilliant but chilly alien. When he escapes his xenophobic planet and becomes the first Korvali to ever live among humans, the repercussions are far greater than anyone imagined.

When Eshel arrives on Starship Cornelia, no one knows what to make of him or his cold, arrogant personality. Catherine, fellow scientist and the only human Eshel trusts, helps him navigate the world of “outsiders”… but she can only teach him so much. Eshel faces those who don’t understand or trust him, political barriers to conducting his prized scientific work, and other challenges he never anticipated. When he crosses the line by violating one of his people’s most rigid taboos, Eshel must face his own internal struggle… until he discovers that he has a far more treacherous enemy.

Here’s what readers are saying about The Refugee:

“In a genre that tends to be dated and full of formula-driven clichés, this book is a welcome change…”

“I would put this book on par with works by the old masters such as Robert Heinlein and Asimov.”

If you love science fiction with fascinating aliens, unique worlds, interplanetary politics, and even a little romance, you’ll love The Refugee!

Book Sample and Reviews for The Refugee Here