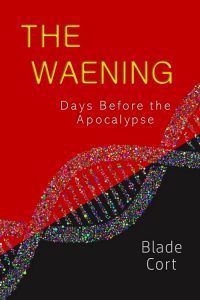 FREE EBOOK May 15-17, 2019 ONLY! Boston, 2037. Tensions between genetically modified and non-modified humans are rising. An alien obelisk crash-lands near a Saskatchewan farm, portending doom. Havoc ensues…
What do you get when you throw AI, anti-aging, and human genetic engineering into a maelstrom, add a pinch of bigotry and fear, then sprinkle-in the threat of an alien invasion? A nail-biting, apocalyptic story with page-turning suspense.
In this first installment of the Over the Precipice series, the world’s social fabric is already torn asunder from two decades of political, racial, and climate strife – and a growing hoard of genetically altered “transhumans” is further aggravating biases and social divisions.
As the drama begins, our Boston-based science podcast crew is desperate to pick up sagging ratings, so they decide to expose alternatives to the imminent alien threat. By interviewing controversial experts, they’re pulled into a caustic vortex of danger as Earth spins toward anarchy. Secret powers lurk behind the scenes, threatening their lives and the fate of humanity.
Will they and the rest of the planet survive this growing terror?

Book Sample and Reviews for The Waening: Days Before the Apocalypse Here