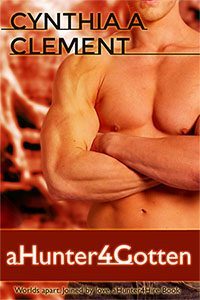 aHunter4Gotten by Cynthia Clement He’s been held captive for thirty years. She’s being chased by an alien organization. When their paths cross, will they be able to find freedom together? Eogan is a Hunter, an elite alien warrior who has been imprisoned on Earth. He has waited patiently for the chance to escape and when it comes, he’s ready. Time is of the essence as he travels to reunite with his fellow Hunters. When he finds Hester fighting for her life, he saves her. Together, they must … END_OF_DOCUMENT_TOKEN_TO_BE_REPLACED 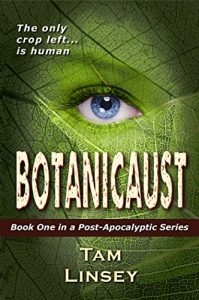 Botanicaust by Tam Linsey The only crop left is human. After genetically altered weeds devastate Earth's croplands, Dr. Tula Macoby believes photosynthetic skin can save the human race. Her people single-mindedly embark on a mission to convert the cannibals roaming what's left of Earth. But when Levi, a peaceful stranger, refuses alteration, Tula doesn't think the only options should be conversion or death. Levi Kraybill, a devout member of the Old Order, left his Holdout farmland to seek a … END_OF_DOCUMENT_TOKEN_TO_BE_REPLACED 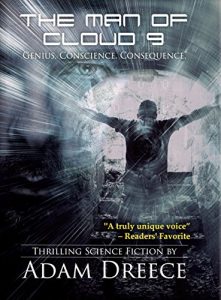 The Man of Cloud 9 by Adam Dreece "a truly unique voice" - Readers' Favorite "... you can't get better than The Man of Cloud 9" - Rene Auberjonois, Director/Actor (aka Odo from Star Trek Deep Space Nine) A Silicon-Valley spirited, high-tech thriller with an intimate soul. A tale of genius, conscience, and consequence. Seventy years from now, the world's been heavily damaged by climate change, but its appetite for big dreams and innovation is gone. Steve Jobs-esque inventor Niko Rafaelo is … END_OF_DOCUMENT_TOKEN_TO_BE_REPLACED 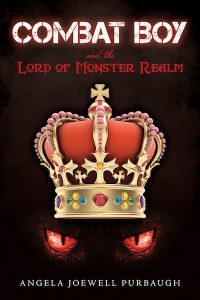 Combat Boy and the Lord of Monster Realm by Angela Purbaugh On the other side of an interdimensional portal lies the game world of Monster Realm, a place where monsters battle humans, where souls are held captive, and where Tom Hock, also known as, Combat Boy narrowly escaped. Now, he's home and feeling safe—big mistake. Tom’s brother, Joey wants to play. He paralyzes Tom with a poison dart and reassembles the fabled monster token to start the game which spreads across San Diego. … END_OF_DOCUMENT_TOKEN_TO_BE_REPLACED 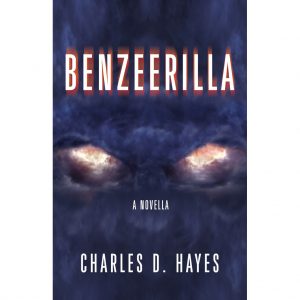 About Benzeerilla by Charles D. Hayes In 2043, the world bears little resemblance to the global social order at the turn of the century. Catastrophic solar storms, cyber terrorism, mass starvation, drought and pandemics, combined with waves of inspired technology, have changed the landscape and the character and lifestyle of every living generation. In South America, a reclusive scientist has created a cross-species entity as far advanced from man as man is from apes. Of towering … END_OF_DOCUMENT_TOKEN_TO_BE_REPLACED 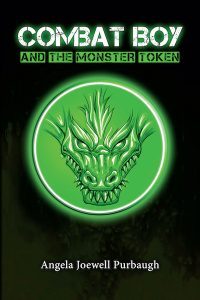 Combat Boy and the Monster Token by Angela Purbaugh Deep beneath the teeming mass of fans, cosplayers, and gamers visiting San Diego's Comic Book Convention, a game is underway. The winner is crowned the Multidimensional Game Master, but what kind of game asks players to sign a contract in blood? Twelve-year-old Tom Hock, professional gamer, is thrilled to get an invitation to play Monster Realm, alongside his brother Joey and a mysterious pro gamer named Dark Pixy. Tom doesn't take the … END_OF_DOCUMENT_TOKEN_TO_BE_REPLACED 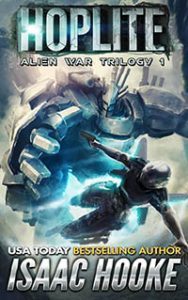 Hoplite by Isaac Hooke A warlike alien race. A stranded platoon. One man's fight to save his brothers--and humanity itself--from total annihilation. Rade Galaal and his elite team are dispatched to the farthest reaches of known space to investigate the disappearance of a classified new supercarrier. Equipped with Hoplites, powerful battle suits laden with enough firepower to raze a small city, Rade and his team explore the barren world where the starship issued its final transmission. But … END_OF_DOCUMENT_TOKEN_TO_BE_REPLACED 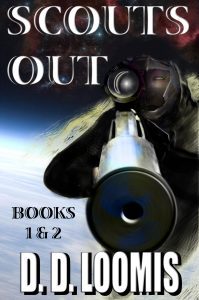 Scouts Out books One and Two by D.D. Loomis When Corporal Ian "Irish Shannon is assigned to the Confederation's Long Range Scouts (LRS), he joins in the struggle against forces from the Alliance Hegemony. He and his team battle to drive the enemy from star systems under protection of the Confederation. His courage and fighting abilities are tested to their utmost, as he rises through the ranks of the LRS and beyond. Small unit skirmishes build to full-scale combat on planet surfaces, and … END_OF_DOCUMENT_TOKEN_TO_BE_REPLACED 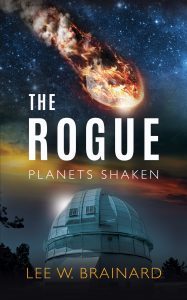 About The Rogue by Lee W. Brainard Must-read apocalyptic fiction, 4.7 stars Amazon, 18 reviews. Discounted to 0.99 until July 31st! "A page-turning thriller, well-written, meticulously researched." “The planets shall be shaken” (Lk. 21:26). A gripping tale that entwines biblical prophecy, catastrophism, and cosmology. An astronomer discovers a huge comet on collision course with Mars and faces a government cover-up. When she sends the evidence to a friend, she winds up in a FEMA camp and … END_OF_DOCUMENT_TOKEN_TO_BE_REPLACED 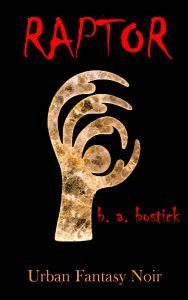 About RAPTOR: Urban Fantasy Noir by b.a. bostick 99 cents July 27-July 30 (save $2.99) Demons only tell the truth when it will cause more trouble than lying. 21st century. For years now, ambitious demons have been taking on the guise of humans and insinuating themselves into positions of power and wealth. They have become CEOs of large corporations, politicians, lawyers, police chiefs, mayors, governors, dictators and, some say, even a president. Humans are unaware this is happening. … END_OF_DOCUMENT_TOKEN_TO_BE_REPLACED