You are here: Home / Archives for milscifi 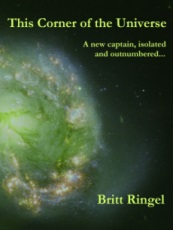 The mission of BRS Anelace was supposed to be simple and uneventful… When Anelace is sent to investigate the accidents plaguing mining operations in a remote star system, Captain Garrett Heskan and his officers soon suspect more than random mishaps are in play. As clues to the mystery unfold, the stakes quickly turn deadly in a cat-and-mouse game to expose the true threat while protecting the civilian miners in the system. Heskan's first command could be his last, as Anelace is outnumbered … END_OF_DOCUMENT_TOKEN_TO_BE_REPLACED