You are here: Home / Archives for space fleet. alien invasion 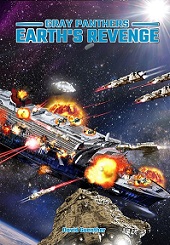 The defenders of Earth, the Gray Panther Army saved the Earth from an invasion from the Libra Alliance on 6 January 2128. The jubilation was short lived as Earth’s defenders found out there was a second deadlier fleet that would arrive at Earth in about two years. The Gray Panther Army consisting of ancient veterans, who have been enhanced through nanite technology to once again be young men and women, are forced to expand their ranks to include even the young. The Gray Panthers enlist the … END_OF_DOCUMENT_TOKEN_TO_BE_REPLACED