You are here: Home / Archives for virtual world fiction 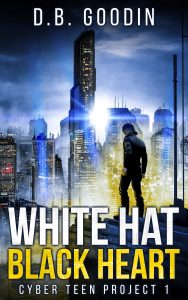 Playing a virtual game is fun...unless the game wants you dead. Nigel Watson is a clever teenage hacker who uses his skills to make extra spending money. But, after someone plunders his mother's bank account and drains the funds, Nigel realizes his hacking could save the family. Soon, Nigel's online expertise is noticed by the billionaire founder of the Colossal Machine, a virtual game played by millions of people around the planet. When Nigel is given a chance to show his prowess, his skills … END_OF_DOCUMENT_TOKEN_TO_BE_REPLACED