You are here: Home / Archives for Space Opera 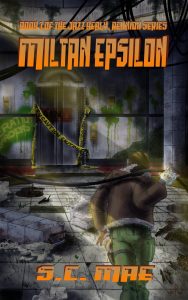 Jazz Healy is estranged - purposefully - from her mother, who runs a galaxy-spanning criminal organization. Twelve years ago she lost her father when pirates attacked a freighter delivering supplies to a frontier planet. Since then she’s decided it’s better, safer, to keep to herself. Even if means being alone. And often lonely. Right now, she's delivering pets, of all things, to a lawless space-station. Apparently even the most hardened criminals like animal companionship. One critter … END_OF_DOCUMENT_TOKEN_TO_BE_REPLACED 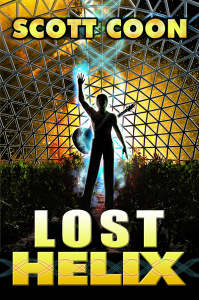 Stuck on an asteroid mining facility, DJ dreams of writing music. His dad is a corporate hacker and his best friend Paul prepares to escape to become a settler in a planet-wide land rush, but neither interests DJ. When his dad goes missing, DJ finds a file containing evidence of a secret war of industrial sabotage, a file encrypted by his dad using DJ's song Lost Helix. Caught in a crossfire of lies, DJ must find his father and the mother he never knew. When the mining company sends Agent … END_OF_DOCUMENT_TOKEN_TO_BE_REPLACED 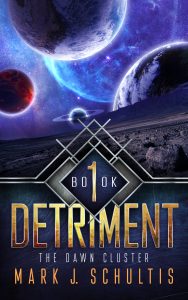 Terik Donato has lost his place in the universe. Casting aside a promising career, years spent in fleeting pursuit of truth has left him with nothing. But an ill-timed visit to the Sacramento, a space vessel well past her prime, could change everything for the former Mako-6 agent. Terik’s arrival vexes many on board, including Captain Garett Soness, but when both a terrorist attack and a bizarre anomaly catch the skeleton crew off guard, all onboard must band together. Soon the surviving crew … END_OF_DOCUMENT_TOKEN_TO_BE_REPLACED

Alpha Class by TS Paul FREE January 20-24, 2021 Building a New Empire is supposed to be dangerous, but training the next generation of leaders? That's not supposed to be dangerous, right? Follow us as the people in the Etheric Empire set up a special academy to train the first set of teens on a leadership track. They are supposed to learn about the different groups in the Etheric Empire and areas (including R&D, Weapons, Operations and others). Unfortunately, some of the members of … END_OF_DOCUMENT_TOKEN_TO_BE_REPLACED 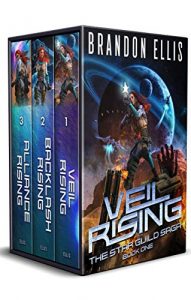 Star Guild Saga Boxed Set: The Complete Series by Brandon Ellis 99 cents January 4-17, 2021 Get this completed series in one giant boxed set today!​ Veil Rising Abducted along with thousands of others. Transported to a world of slavery for alien masters. Mind-wiped, so every hellish day in the mines feels like just another job shift. This has been going on for millennia. And one day, archaeologist Ali Johnson decodes an ancient Sumerian tablet that unveils the truth. Those secrets set her … END_OF_DOCUMENT_TOKEN_TO_BE_REPLACED 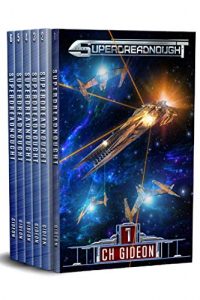 Superdreadnought: The Complete Series: A Military AI Space Opera by CH Gideon/Craig Martelle 99 cents now through Dec. 31 Alone and unafraid. Sometimes you prevent war by hunting down your enemies. Grab the first 6 books of the action-packed Space Opera today! Superdreadnought 1: Integrated with a superdreadnought, the artificial intelligence known as Reynolds takes his ship across the universe in search of the elusive Kurtherians. He comes to a revelation. He’s better in the company of … END_OF_DOCUMENT_TOKEN_TO_BE_REPLACED 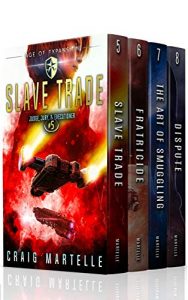 Judge, Jury, & Executioner Boxed Set (Books 5-8): Slave Trade, Fratricide, The Art of Smuggling, Dispute by Craig Martelle 99 cents from Dec. 14-31. Rivka Anoa has a gift and a galactic mandate. She's a lawyer accused of a murder she did commit. She stands ready to accept her fate, even though her victim was a murderer. A second chance appears.Become more than a lawyer. Be one who judges and punishes the guilty. Get books 5 - 8 in the Space Opera Adventure Legal Thriller together for … END_OF_DOCUMENT_TOKEN_TO_BE_REPLACED

Judge, Jury, & Executioner Boxed Set (Books 1 - 4) by Craig Martelle 99 cents Nov. 23--29, 2020 Rivka Anoa has a gift and a galactic mandate. She's a lawyer accused of a murder she did commit. She stands ready to accept her fate, even though her victim was a murderer. A second chance appears. Become more than a lawyer. Be one who judges and punishes the guilty. The first 4 books in the Space Opera Adventure Legal Thriller are here together for you in one boxed set! You Have Been … END_OF_DOCUMENT_TOKEN_TO_BE_REPLACED 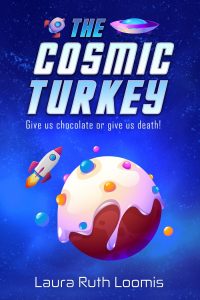 Janet Delane wasn't supposed to be a spaceship captain. She's fresh out of high school, and she has trouble with technology - it seems to hate her personally. Now she's been drafted into GUPPEAS, an interplanetary peace organization, and put in charge of the SS Turkey and its misfit crew. She's in over her head, she's crushed out on a rival captain's boyfriend, and she's trying to negotiate peace with the Exalted Leader of Pluto, who's just banned....CHOCOLATE?! Targeted Age Group:: Young … END_OF_DOCUMENT_TOKEN_TO_BE_REPLACED 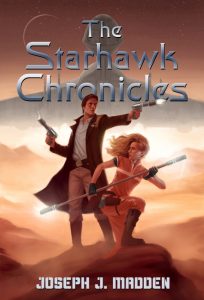 The year is 2283. Though more than a quarter-century has passed since the end of the last war, the Galactic Confederation is still busy picking up the pieces. Whole sectors of the galaxy remain lawless, rife with corruption and greed. The criminal element has a well-established foothold on these sectors. It is a good time to be a bounty hunter. Jesse Forster and the crew of the STARHAWK are some of the best bounty hunters in the business. Kayla Karson is a young independent hunter out to make … END_OF_DOCUMENT_TOKEN_TO_BE_REPLACED