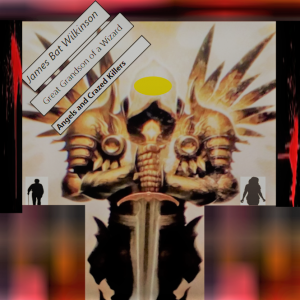 The complete unabridged novel of Mcallister Bon Mclean. Tells the story of the Mclean farm where Wizard Mclean attempts to help a demon named Ladd cross over into our world and how Mac, the great-grandson of the wizard works to defeat and stop him. Mac also battles death, depression, dating, and deals with his criminally insane parents.

Book Sample and Reviews for Angels and Crazed Killers Here