You are here: Home / Archives for children 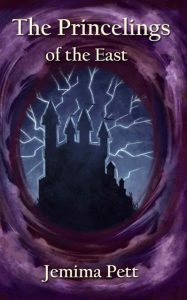 The Princelings of the East by Jemima Pett The first book of the Princelings of the East series introduces us to Princelings George and Fred.  Imagine them scurrying around the castle using secret passages, carrying out scientific experiments that occasionally blow up in their faces, or quaffing ale at their favourite tavern.  But there is trouble in their world.  They may not use much energy, but when they do, it is usually for important occasions.   Energy draining to a halt to ruin the … END_OF_DOCUMENT_TOKEN_TO_BE_REPLACED