You are here: Home / Archives for clones 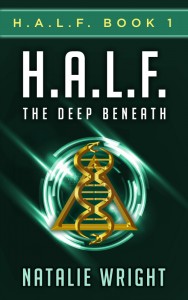 H.A.L.F. 9 has taken his first breath of desert air and his first steps in the human world. Created to be a weapon, he proved too powerful for his makers, hidden from humans and sedated. But H.A.L.F. 9 has escaped the underground lab he called home, and the sedation has worn off. He has never been more alive. More powerful. Or more deadly. Erika Holt longs to ride her motorcycle east until pavement gives way to shore. She bides her time until graduation when she’ll escape the trailer she … END_OF_DOCUMENT_TOKEN_TO_BE_REPLACED 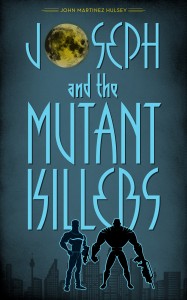 As the Earth struggles to survive, the first genetically enhanced humans are born to help search the cosmos for new resources, but soon cloned man and the humans spawn a new species, one that is physically and mentally stronger than either of their creators - the Neosapiens. Not all of these "mutants" seek peace and soon a brutal, bloody war wages across interstellar space. The only ones who can stop them are Joseph and the Mutant Killers. Book Sample and Reviews for Joseph and the Mutant … END_OF_DOCUMENT_TOKEN_TO_BE_REPLACED

Rikk Hoister and his cousins are the pinnacle of human evolution, cloned geniuses with powerful paranormal abilities. Life is good- until ships and soldiers of the Terran Empire invade their homeworld and take most of the Hoister Family captive. Now it's a race across the Galaxy as Rikk and five other Hoister survivors unite in a desperate search for allies. At stake is not only the fate of the Hoisters...but the destiny of the Galaxy. Buy Children of the Eighth Day Here Don Sakers's … END_OF_DOCUMENT_TOKEN_TO_BE_REPLACED