You are here: Home / Archives for Deep Underground Military Bases 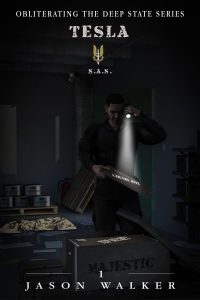 Tesla by Jason Walker Darren Mathews, a former Australian SAS super soldier, is a loving father married to his soulmate, Anna Mathews. They are both devoted parents, living with their daughter, Dana, on a small island off the coast of Florida. They seem to have the perfect family life, but they are hiding a dangerous secret: they both work for the Orange Corporation, an umbrella company of the CIA controlled by the shadow government. From aliens to giants, they have seen all that the Hidden … END_OF_DOCUMENT_TOKEN_TO_BE_REPLACED