You are here: Home / Archives for Heaven 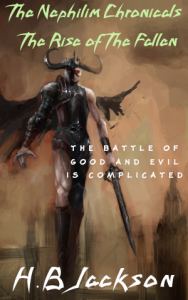 Rimi is the most powerful Nephilim in creation and acts as the hand of God. When God needs something done on earth he calls Rimi. He is the head of God’s secret agency. He has one job, and that is to keep the world stable. He does it by any means necessary.   Thousands of years ago before the great flood and after the war in heaven God assigned a group of angels know as watchers to watch over man kind. These watchers went rouge, fell to earth and began having sex with the women of earth. They … END_OF_DOCUMENT_TOKEN_TO_BE_REPLACED