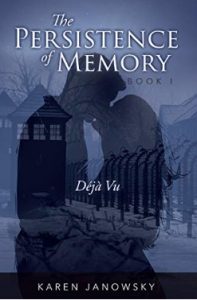 The Persistence of Memory by Karen Janowsky When superheroes fall in love, anything can happen. Daniel Hecht doesn’t belong in this century. Catapulted into the present from 1943, he’s out of place and out of touch. Still, he was the American war hero called “Lionheart” and his heroism has followed him into the modern world. He now leads an underground group of superpowered misfits, but the misfit he keeps turning to is Nina Asher. Nina has a vast knowledge of history, yet no idea who … END_OF_DOCUMENT_TOKEN_TO_BE_REPLACED