You are here: Home / Archives for Kepler worlds 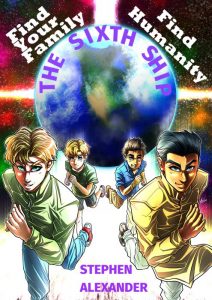 The Sixth Ship by Stephen Alexander A passing black hole forces humanity to send the largest ships ever conceived, the Great Journeys, deep into the abyss of space to find new worlds to live on. Families such as the Grovers of Ventura city are divided between those that stayed behind and those that braved the journey to the worlds found by our real-life telescopes. The brothers of the divided Grover family made a pledge- to one day reunite the family if they survived after 2166. Now it is … END_OF_DOCUMENT_TOKEN_TO_BE_REPLACED