You are here: Home / Archives for Kevin Hardman 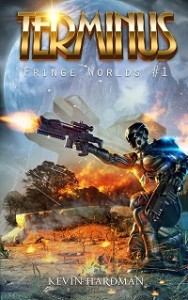 Master Sergeant Gant Maker was a highly-decorated and well-respected Marine - until his last mission left him as the sole survivor of an encounter with a vicious race called the Vacra. Served up as a scapegoat and drummed out of the military, he has since lived a life of seclusion with only an adopted alien as a companion. Now the Vacra have returned. As the only person to have ever faced them and survived, Maker is reinstated in the Corps and given the onerous task of finding this enemy on … END_OF_DOCUMENT_TOKEN_TO_BE_REPLACED