You are here: Home / Archives for Zombie

Picking up from the end of Book Two, 'Heaven Meets Hell', the journey of Gears, Pax, TL and Ip continues. Unexpectedly their world is thrown into turmoil when Mackenzie makes a decision that almost destroys everything they have achieved. Struggling to cope with the fallout of Mackenzie's action, they must find the righteous path, but in losing heart they lose their way. Their enemy is no longer elusive and becomes increasingly more determined to destroy what they have built. Matching … END_OF_DOCUMENT_TOKEN_TO_BE_REPLACED

“There are no outbreaks in the UK or Ireland.” That's what the government broadcast before London was evacuated. Now the radio is silent, the government gone, the power has been cut, and the street outside Bill Wright’s window is filled with the undead. He is trapped. He is alone. He hopes for rescue, but when it doesn’t come he has to venture out into the undead wasteland in the hope of finding sanctuary. Instead he will discover something far more horrific than the living dead. This is the … END_OF_DOCUMENT_TOKEN_TO_BE_REPLACED 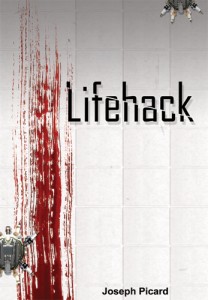 Regan has her ups and downs. - Dumping her girlfriend: Down. - Moving in with her loving brother: Up. - Waking up to a plague of undead: REALLY down. After the undead began roaming the neighborhood, Regan lost track of her brother. She's spent the last two years searching for him. In the meantime, she's fallen in love, only to be told, "Sorry, I'm straight. And you're a lunatic." There's a psycho out there somewhere who caused the outbreak, using nanotechnology, just for the fun of … END_OF_DOCUMENT_TOKEN_TO_BE_REPLACED