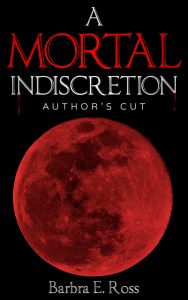 A man. A sexy vampire. A little deceit. A love worth dying for….
One night changed everything for bachelor Justin Bertolli. A womanizer at heart, never quite ready to settle down, he meets the woman who would change his life forever. Ambra Taylor is that woman, but is she all that Justin bargained for? When Justin discovers the truth about who and what she is, will he still love her? Will he still want her? Find out, as their hearts collide in this epic tale of love. Told from a male POV.

What Inspired You to Write Your Book?
I wanted to take a normal man and introduce him to fantastic situations. A place where you just might believe it could be real. It is a love story at it's heart.

How Did You Come up With Your Characters?
I had a dream about a woman that saved her lover from certain death. I began to write the story and wondered, what if the woman was a vampire? What if her lover did not know that she was a vampire? What would he do, once he found out her dark secret?