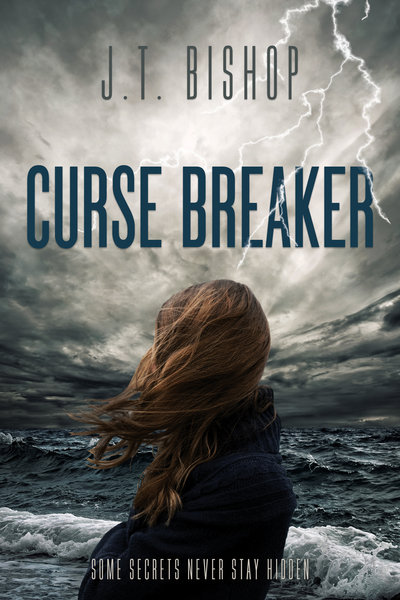 She’ll risk her life to break his curse but revealing the truth could be far more dangerous.

In high school, a friend’s mother blames Grayson Steele for the tragic death of her daughter. Now, years later, Grayson is wealthy and successful, but on the brink of suicide. Because the women he loves are dying. And he can’t stop it.

Knowing about Grayson’s circumstances, Gillian Fletcher derives a plan. Catch the killer who’s making Grayson Steele’s life a living hell. But there’s only one way to do it. She has to be the bait.

As Grayson and Gillian’s plan takes shape, they must not only expose a killer, but also their feelings for each other. The further they go, the more secrets they will reveal. Secrets that will illuminate not just a murderer, but shocking truths that neither may be prepared to face.

Truths that will change their future forever.

Curse Breaker is a 2017 Best Story award winner from New York Literary Magazine and a semi-finalist in the 2017 Kindle Book Awards for Mystery/Thriller. It can be read on its own or before J. T. Bishop’s Red-Line trilogy.

What Inspired You to Write Your Book?
After I completed the Red-Line trilogy, I wanted to start a sister series that could stand on its own, but yet have a connection to my initial stories. I also wanted to write a murder mystery but with an element of the unknown that gives the book a fun and unexpected edge. Curse Breaker fit the bill. It kicks off the sister series, with three books that follow, plus you could read the Red-Line trilogy as a prelude to the whole series.

How Did You Come up With Your Characters?
My characters just sort of showed up, as they usually do. I had the two main characters – Gillian and Grayson, set in my mind from the beginning, then the supporting characters appear as I build the story in my head. I wanted Grayson to have a best friend, and Cooper was born. Then I needed a whole list of possible bad guys, so I added them in too. Some appeared as I wrote the book, which happens sometimes. I always add them in because those tend to become the most fun characters.

Please join this author’s email list
For joining the author’s email/newsletter list you will get:
Get the first book in the series, Red-Line: The Shift, for free