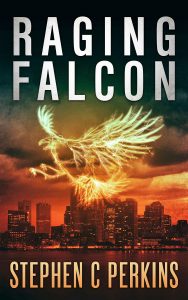 He helped build an evil world.
He betrayed his only son.
But now in another life where nothing is what it seems and against great odds, he has a chance to make things right.
In the 21st century, wars are won in the rather than on battlefields.
One man – sorcerer disguised as soldier – will alter American history with black magic.
Major Stacey Truman Keogh is a specialist in psychological operations and a terrorist disguised in military uniform. Both ambitious and evil, he will do anything to further his interests whether sacrificing the operatives under his command, his family and even his only son. In the end, will he discover spiritual redemption and use his immense magical powers in the service of good? Can a grand technological miracle save the son he betrayed, so long ago?