You are here: Home / Archives for hotel 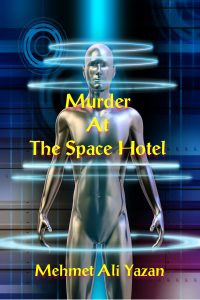 DETECTIVEHERRY MORTIMER is called to investigate a murder in the newly opened Bologna Space Hotel. NOVELL CHAMBERLAIN, an industrialist, was found bludgeoned in his room. Along with SCOTT YVENSEN, a young police officer and NETT COURTNEY, the owner of the company who built the hotel, they head into space. There are twelve people present in the hotel and robot staff. According to the coroner report, Novell was killed by being hit on the head by a blunt object. With no murder weapon, Mortimer … END_OF_DOCUMENT_TOKEN_TO_BE_REPLACED