You are here: Home / Archives for zombies 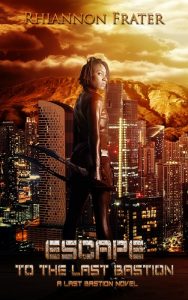 Machie Ibeke is on the verge of becoming a pilot of her own Hawk in the West African Union Military when the final flight before her promotion is interrupted by a horrifying terrorist attack. If Machie’s suspicions are correct and the dangerous Gaia Cult has returned, then an apocalyptic outbreak is imminent, and it will be up to her to save her loved ones and find a safe haven in a dead world. Book Sample and Reviews for Escape to the Last Bastion Here Rhiannon Frater's Website Follow … END_OF_DOCUMENT_TOKEN_TO_BE_REPLACED 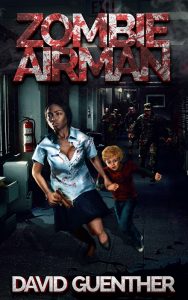 The night of the plague follows sunset on April Fool’s Day around the world. By sunrise, less than fifteen percent of the world’s population is uninfected. The airborne disease is invulnerable to any air filter or disease barrier. The fifteen percent uninfected are still vulnerable to the disease when spread via bodily fluids as the infected seek to spread their disease. These are the stories of those just trying to survive. Airman First Class Caleb White, dorm rat, burned out on … END_OF_DOCUMENT_TOKEN_TO_BE_REPLACED